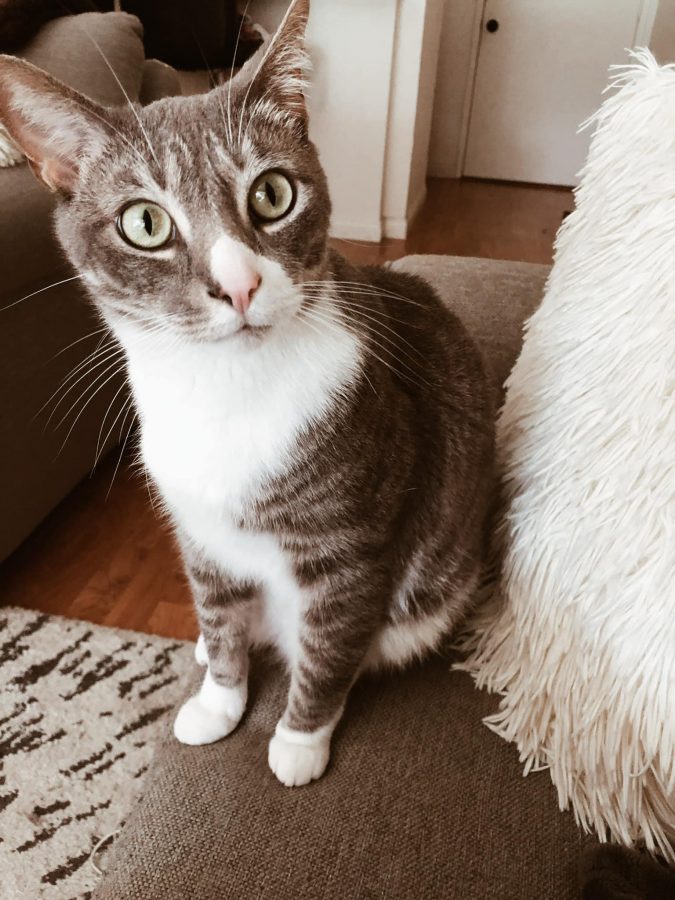 To say that KJ is affectionate is quite an understatement. This handsome cat is incredibly cuddly. It takes him a while to warm up to new people and environments, but once he lets down his guard, you will never find a sweeter little furry friend. He loves to sleep in bed with his owner, and really loves his morning cuddles.

KJ is looking for a pet-free home with a cat lover who will cherish him and give him lots of attention and play-time. He is like a kitten when it comes to play and has a collection of ribbons that he loves to carry around in his mouth.  Ideally, he will need a home with adults-only, but kids aged 10 and up should be fine.

If you have been thinking of adding a furry new friend to your life, this is one little cat with endless personality and affection. He will bring love, laughter, joy and companionship to your home. Adopt KJ today.

KJ is a cuddly, loving, playful kitty. He is shy at first but will warm up with some time. He loves to chase ribbons around the house and watch birds outside from a sunny spot inside. He is the most cuddly sleeper and will sleep right next to your face.

His personality, he is the biggest morning cuddle bug, he talks to you every morning, and he loves to chase his ribbon around the house

Yes About a year ago my boyfriend, his 8 year old dog, KJ, and I all moved in together. Unfortunately KJ has not adjusted well to living with another pet. He marks all over the house. I have tried everything to make him happy but I can’t help but think he will be much happier and less stressed in another home where he is the only pet. He had never had issues with spraying before.

He is obsessed with ribbons and balls.

Why is KJ Being Rehomed?

KJ is terrified of dogs. He seems to be feeling on edge all the time. He has been doing some marking lately which we feel is a clear sign of a stressed-out cat that does not feel that he has his own territory. He has never done this before the dog entered the picture, and it is likely that his marking is a way of trying to notify the dog to Keep Out! Of course, the dog does not heed these fragrant messages.

KJ just needs a home where he has his owner all to himself. He would love a home with a senior cat lover with a quiet home with plenty of routine and some nice, sunny windows. He is such a love-bug that he deserves to live in peace and quiet.

KJ’s Perfect Adoptive Home Will Be:

I am looking for a loving and caring person who has had a pet before to take KJ. He will thrive in a single pet household.

He would come with 2 liter boxes, water and food bowls, some toys, traveling crate, and a bag of the food I currently give him.

KJ is located near the following towns and cities in California.

How To Adopt KJ

If you are interested in adopting this special Grey Tabby Tuxedo mix cat for adoption in San Diego, CA, please fill out our online meeting request form below. Once received and reviewed, our staff will ask the pets owner to reach out to you and arrange a meeting.

There is a $35 adoption/rehoming fee. Some supplies and veterinary records will be included.

Questions about KJ? Contact our Domestic Short Hair rehoming team today. Text “KJ” to (888) 833-2128 or email [email protected]. We look forward to hearing from you.

About The Tabby Cat 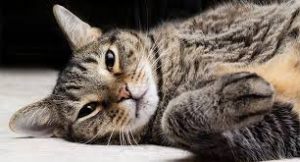 A tabby is any domestic cat (Felis catus) with a distinctive ‘M’ shaped marking on their forehead, stripes by their eyes and across their cheeks, along their back, and around their legs and tail, and (differing by tabby type), characteristic striped, dotted, lined, flecked, banded or swirled patterns on the body—neck, shoulders, sides, flanks, chest and tummy.

“Tabby” is not a breed of cat but a coat type seen in almost all genetic lines of domestic cats, regardless of status.

The tabby pattern is found in many official cat breeds and is a hallmark of the landrace extremely common among the general population of cats around the world. The tabby pattern occurs naturally and is connected both to the coat of the domestic cat’s direct ancestor and to those of their close relatives: the African wildcat (Felis lybica lybica), the European wildcat (Felis silvestris silvestris) and the Asiatic wildcat (Felis lybica ornata), all of which have similar coats, both by pattern and coloration. A genetic study of tabbies found five genetic clusters to be ancestral to cats of various parts of the world  Wikipedia

Thank you for your interest in this stunning DSH Grey Tabby cat for adoption in San Diego.