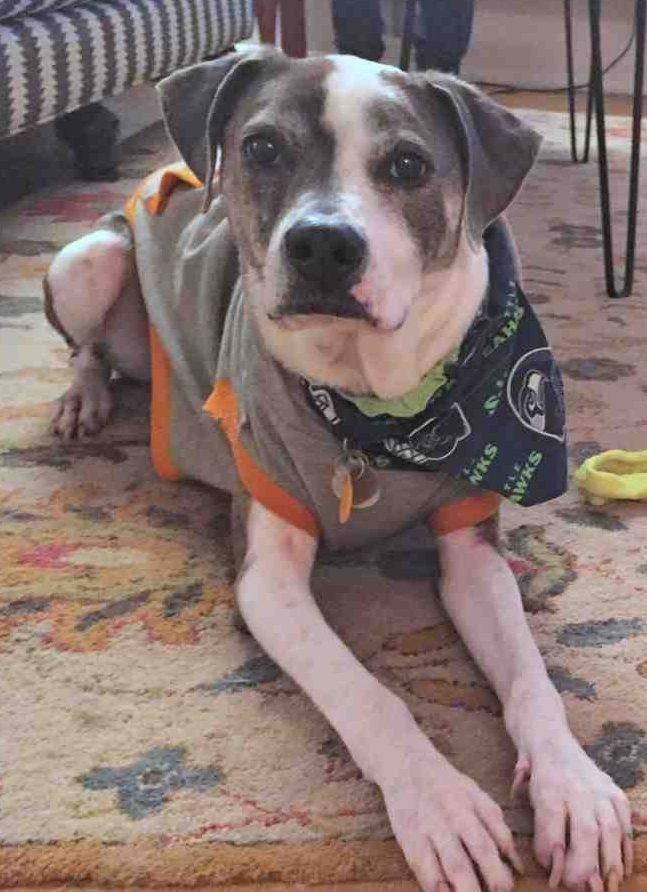 Have you been looking for a very unique medium-sized dog to adopt near Seattle? Othello is waiting to meet you! This very affectionate 10 year old dog is a “Pocket Pitbull” – a mix of Chihuahua and American Pit Bull Terrier. Othello is healthy, up to date on shots, neutered and house trained. Othello is a dream to live with and very easy to love. He is good with people of all ages and sizes, including respectful small children.

Othello has so many wonderful traits. He is smart, extremely affectionate, a good listener, and a fantastic companion.He prances like a show dog, and cuddles like a baby. Othello is very well trained and obedient. He would be the most perfect dog were it not for his fear-aggression with other dogs. 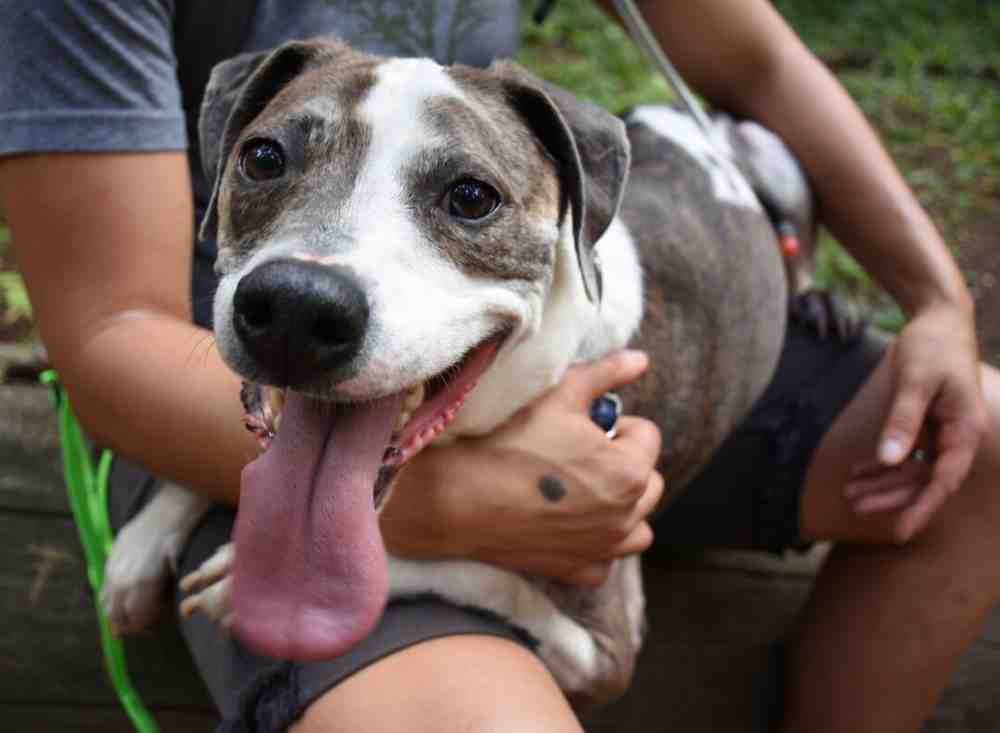 Othello is being rehomed by his owner, who is devastated to have to make this very difficult choice. With a new baby in the home and another dog with whom Othello takes issue, finding him a loving, dog-free home is a must-do. She is dearly hoping to find a dog lover who will cherish him and keep him safe, happy and healthy for the rest of his life. She would love to keep in touch, if that is something the new family would consider.

Othello will be rehomed with all supplies and veterinary records. All you need to add is love, and the right environment for this special dog. If you have room in your heart and home for Othello, please reach out to us today. Othello can’t wait to show you the true meaning of unconditional love.

There is a $50 adoption/rehoming fee. Supplies and veterinary records will be included.

Questions about Othello? Contact our Seattle Dog rehoming team today. Text “Othello” to (425) 276-7770 or email [email protected] We look forward to hearing from you.

Othello is an incredible loyal son. If you are looking for a sidekick, a cuddle bug and to have the most truest companion for many years to come, Othello is your guy. I’ve owned Othello since he was 4 months old. We just celebrated his 10th birthday.

Othello is a housebroken dog that has a few tricks up his furry sleeve. He has been trained so he is incredibly good on the leash, he knows how to turn in a circle, lay down, and shake on command. Fun Fact: If you happen to drop your roast beef sandwich on the ground, fear not Othello knows not to eat food off the ground unless given. He also doesn’t destroy property when left home alone, and doesn’t bark when he hears peculiar noises outside.

The only quirk to Othello is he is fearful of other dogs. So being the only dog in the home is a must. He has never been aggressive towards any person. Othello prefers the company of people and feels completely safe near his humans. Over the course of the past few years, Othello has grown fearful of other dogs.

I met my now spouse a few years back, and she also has a dog. We completed several private and group training sessions to make this transition as smooth as possible. Othello grew close to his new brother and most of the time they are completely fine. However there has been a handful of instances when a “yelling match” occurred in the past 4.5 years.

Things are different now, and we have a 5 month old baby. The dogs, unfortunately, had another argument which has led me to make the most difficult decision I have ever had to make. I’m not fearful of Othello hurting my new baby on purpose, he doesn’t have a ounce of aggression towards humans in his body. However, if one of these instances happens, the baby might be injured just being in the crossroads.

Ultimately Othello needs a home that will provide him an environment in which he feels 100% calm and comfortable. Unfortunately our family can’t provide that anymore. When he was the sole dog in the house, his triggers were eliminated. I wish for him to experience that true calmness again.

When meeting new people it takes him about 15 mins to warm up. He keeps his space until he gets used to the new person and then all bets are off. Othello will sneakily climb onto the new visitors lap in no time (I have tons of pictures to prove that). I’m curious as this behavior also started after we introduced him to the new dog to the family. I’m convinced that this trigger will also be eliminated in the correct environment. 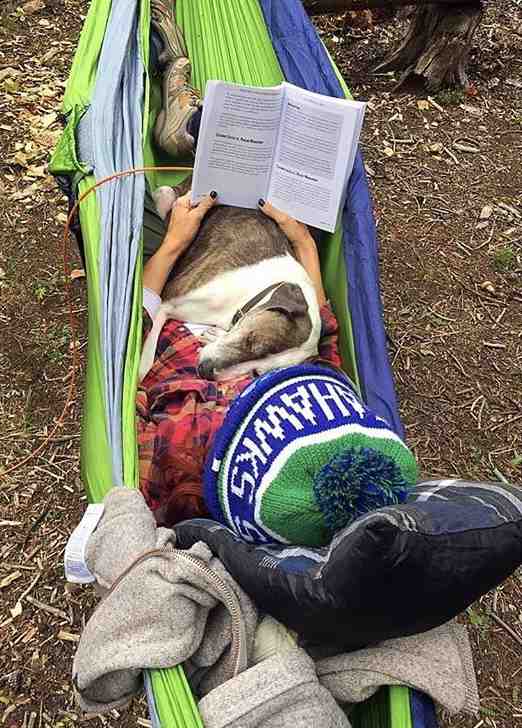 One of the funniest memories that I have is when we hired a new person to come and stay at our house from the dog sitting service company I use when I go out of town. I told the dog sitter that Othello is not allowed on the couch. Within 24 hours the dog sitter began telling me that when she was sitting on the couch, Othello would come by rest his head on her lap and slowly add one front paw, soon followed by the second front paw on top of her lap. Quickly there after the two back paws would be on her leaving Othello curled up in a ball on the sitter’s lap. In his mind this was completely acceptable because – technically – he was not on the couch. I have heard this story time and time again from our various pet sitters.

I’ve also found that Othello mimics my hobbies, and I am sure he will do the same for you. When I wish to have a lazy weekend, he is completely satisfied curling up and watch terrible reality TV episodes with me. Or on the off-chance I wish to run a few miles, he is ready to hit the pavement and is the best running companion (probably because he is so good on the leash and mimics my speed).

Another Fun Fact: Othello walks like an equestrian horse. Seriously, we get stopped all the time because of his high stepping. The two questions we get the most are “Is he a show dog?” and “Did he grow up near horses?”. He has always had this walk which makes him even more special.

The moral of the story is Othello is an incredible son, and born to snuggle . Whomever is lucky enough to be his next owner is going to get the best cuddle sessions they’ve ever had, and have the most loyal companion they’ve ever encountered. 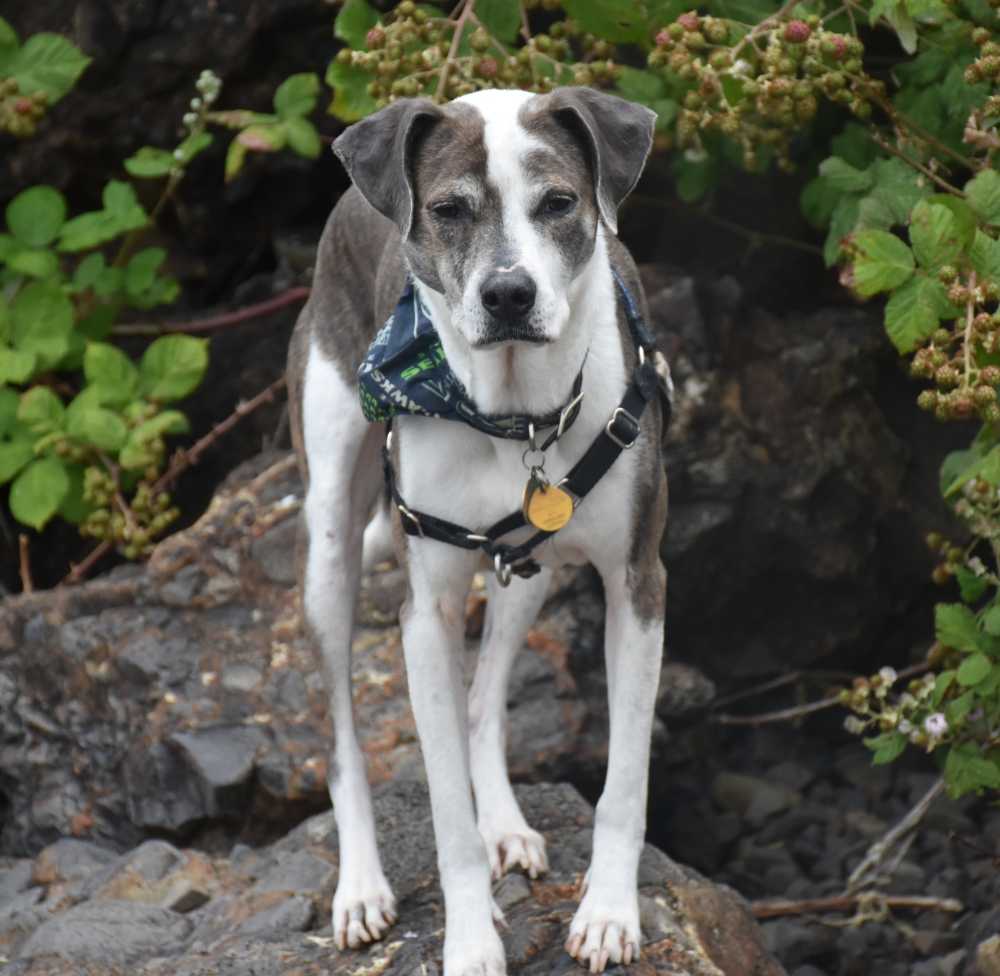 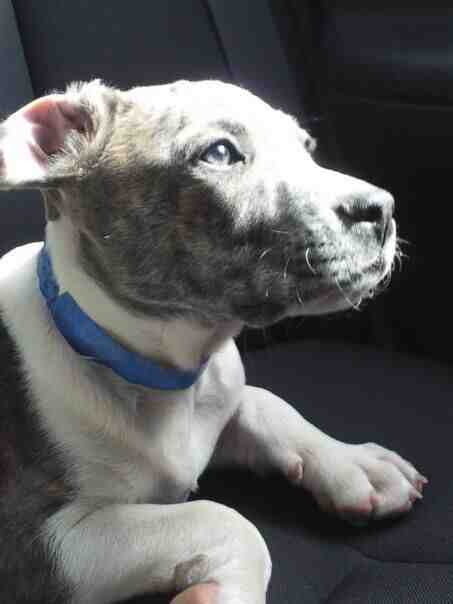 Othello is shy at first, yet after 15 mins or less warms up to new people. Othello is the champion of cuddles, he absolutely loves affection from people and is incredibly loyal. Will follow you everywhere in the house because he just wants to be by his owner. He doesn’t bark in the home, doesn’t destroy items, completely house trained. His only downfall is not wanting to be around other dogs.

Othello does take Fluoxetine (Prozac) daily to help him with his dog fear behavior. I just drop the pills in his food and there are no issues for consumption. This medication is affordable and easy to administer.

Why is Othello Being Rehomed?

My dog Othello has fear/aggression towards other dogs and got in a dog fight with our other dog on Friday. This has me making an incredibly tough decision on re-homing him. I’m hoping you may help me find a quality forever home.
This comes with a huge heavy heart. To provide you with a back story, I’ve had Othello for 10 years (since he was 4 months). He is not aggressive towards people, a complete cuddle bug, and lover. He is house trained, calm, yet full of energy to play. Meaning he is the best of both worlds, happy to stay at home and watch movies… yet will go on a few mile run with me when I want. The ONLY reason why I am in this predicament is because Othello needs to be the sole dog in the family, which I can no longer provide. 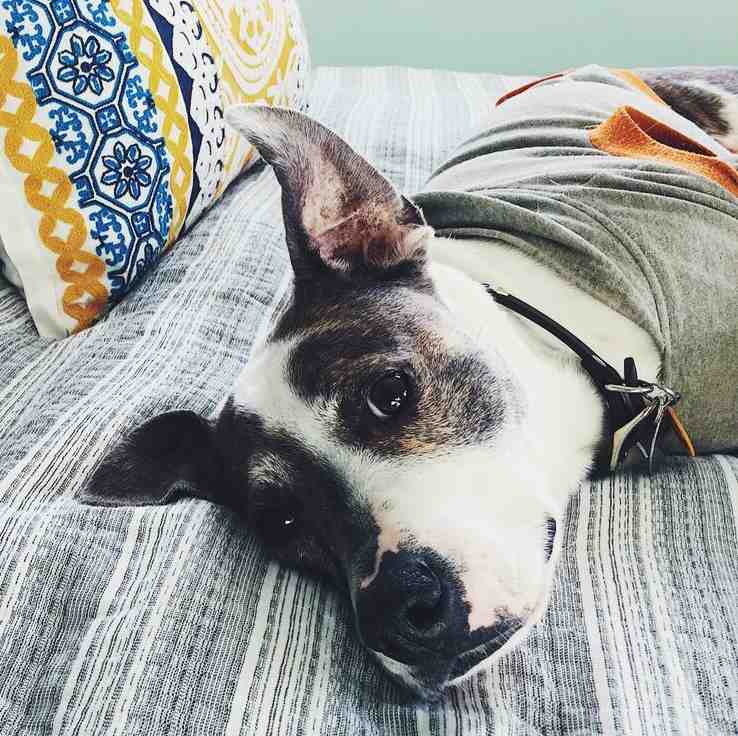 If you are interested in adopting this special Chihuahua Pit Bull mix dog For Adoption in Issaquah WA, please fill out our online meeting request below. Once received and reviewed, our staff will ask the pets owner to reach out to you and arrange a meeting.

There is a $50 adoption/rehoming fee. Supplies and veterinary records will be included. 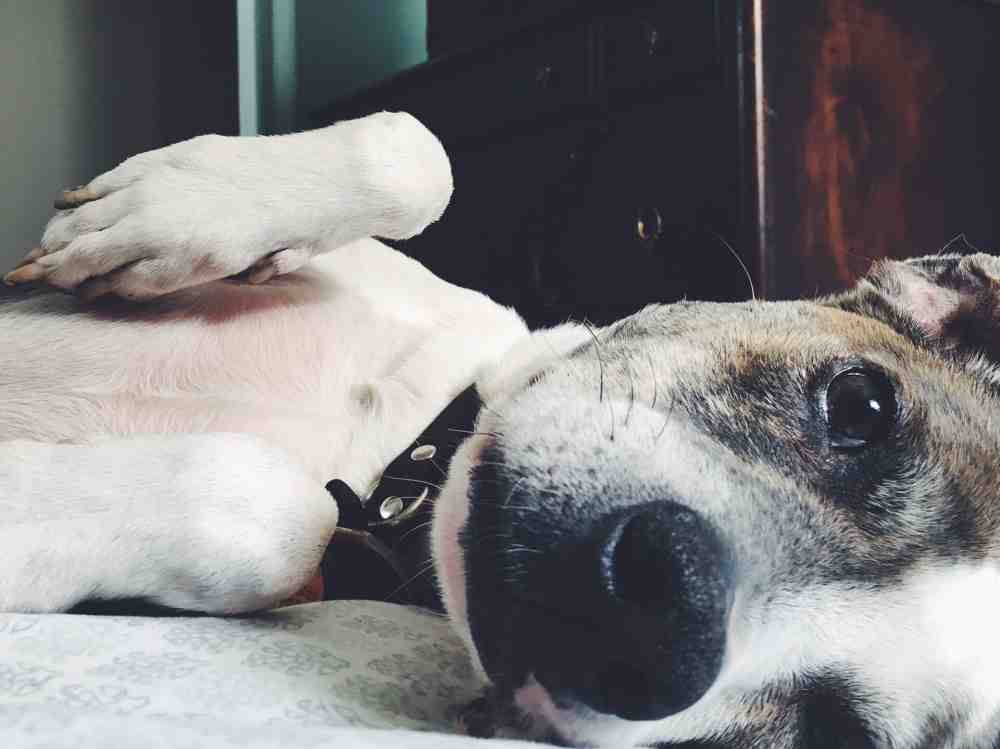 Othello is a Chihuahua American Pit Bull Terrier Mix Dog for rehoming in Issaquah, WA. She is located near the following towns and cities in WA: