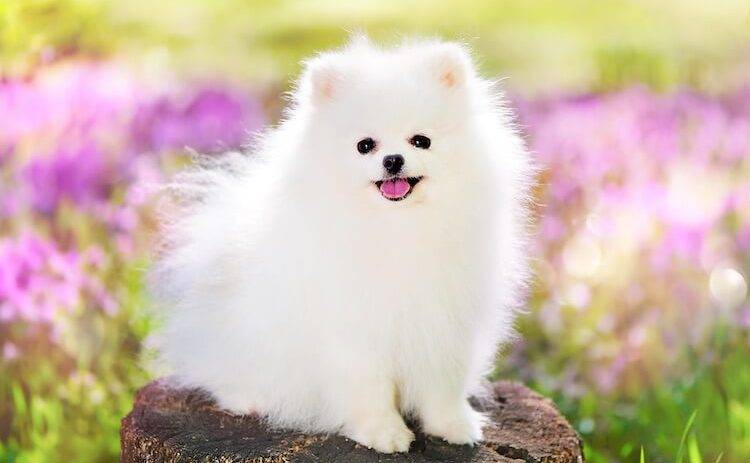 Belonging to a group of dogs, known as the Spitz family, the Pomeranian is a descendant of working sled dogs from Lapland and Iceland. Surprisingly, however, he did not earn his name for the places that he originated but, rather, for the place that he was bred down into a toy size. Pomerania, now known as the present day Germany and Poland, made up the Baltic seas southern coast. It is here that the Pomeranian was bred down from his larger 20-30 pound size, and became the toy variety that we know and love today. 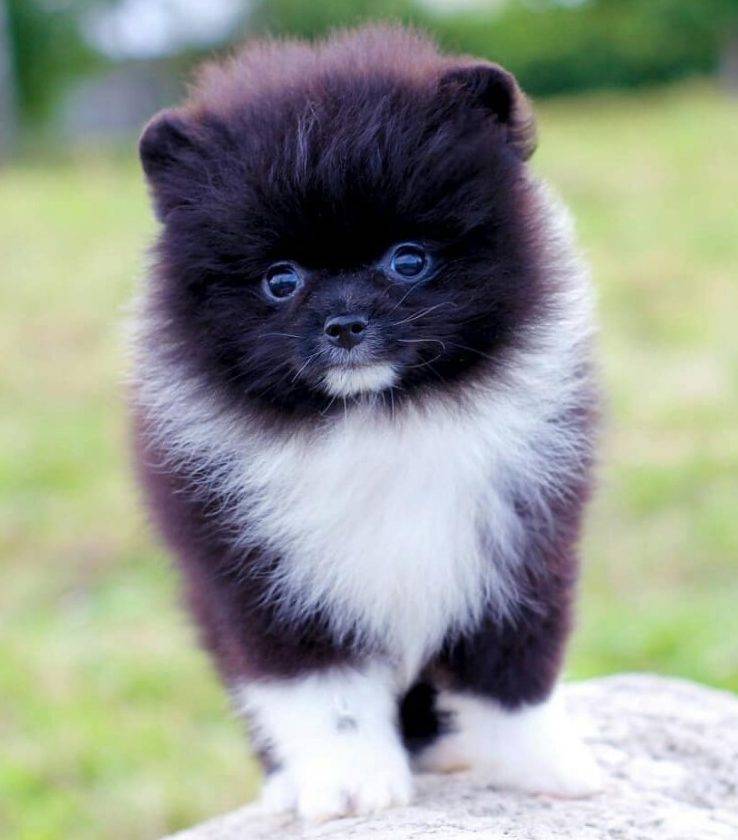 The Pomeranian owes a great deal of his success to royalty. It was a Pomeranian by the name of Marco, who became the well-known companion of Queen Victoria of England in 1888. Hailing from Florence, this little dog would quickly become her beloved companion and, in turn, the Queen would be the first person to actively promote the breed by showing her Pomeranians.

Typical of most of the little companion dogs of the monarchy, the Pomeranian became an overnight sensation and it became quite fashionable to keep them as pets. This probably helped the Pomeranian breed to survive during a time when many breeds were commonly out crossed and altered by breeders.

Since those days, the Pomeranian has been refined further, creating a beautiful and elegant little toy dog that resembles a very huggable teddy bear. It’s no wonder that he remains a favorite amongst those who love the toy breeds.

The Pomeranian is a very compact little dog of the toy variety. With ideal individuals weighing between 3 to 7 pounds, it is an ideal size for a lap dog. The Pomeranian breed standard, however, stresses that quality always comes before size and the Pomeranian is judged accordingly.

With a very thick and soft undercoat, coupled with a harsh outer coat, the Pom often is likened to a teddy bear or a smaller, pointed-nosed Chow Chow. While ruddy-coated and black individuals seem the most common, the Pomeranian comes in any color, including “broken” patterns and brindle.

The Pomeranian has a very cocky and spirited personality, and can often get himself into hot water, challenging dogs that are much larger than himself. If you have larger dogs, be prepared to supervise and keep a close eye on Mr. Personality, before he gets himself into trouble. Pomeranians should always be kept on a leash, when outside, for this very same reason.

As with any toy breed, Pomeranian puppies should be watched around small children. Being dropped or tripped over can seriously hurt your little Pomeranian, or worse. Many toy breeders will not even sell a Pomeranian puppy to someone with a child under 5 years of age, for this very reason.

Not in an attempt to be mean, but to save you and your child heartbreak, and to protect that adorable little puppy, they have the right idea in keeping the puppies safe. Older Pomeranians should also be watched as pulled ears and tails can result in your Pom snapping in retaliation.

Pomeranians are small dogs that can get plenty of exercise just following you around the house. This makes the breed an exceptional choice for dog lovers with limited mobility, elderly people and people with disabilities. Loveable lap dogs, Pomeranians are very content to spend every minute of the day in your presence, whether cuddled up warm and cozy in your lap, or snug in a comfortable small dog bed at your feet. That being said, a Pomeranian will gladly partake of a lively walk or jog with owners who are able to get out and get some exercise and fresh air.

The Pomeranian has a thick double coat that needs daily attention. A good brushing every day will keep this coat looking soft and shiny, tangle free and fluffy. You don’t want to miss too many brushings, as your Pomeranian’s coat can become matted and tangled, making grooming difficult, and a trip to the groomers for a clipping necessary.

It’s also a good idea to learn how to clip your Pomeranians nails on a regular basis, starting from early puppyhood. Care needs to be taken to avoid cutting the”quick” of the nail. Once you become proficient at this, nail clipping will be a routine event. All dogs should have their teeth brushed every day to prevent gum and tooth decay, and ears should be given a wipe with an ear cleansing solution that cleanses and acidifies the inner ear environment to avoid ear infections.

Taking your time to train your Pomeranian will help him to become a better companion, but it does take a great deal of effort and patience. Do not yell at him but speak sternly when he yaps or chews on something that he shouldn’t, and always positively reinforce the good behavior that you desire.

If you can gain and maintain your Pomeranian’s attention, you will find him a bright and eager student. If you take the time to train him and give him all the love that he desires, you will find a sweet and loving little companion who will love to hop into your lap at every opportunity.

Pomeranians can be prone to a number of hereditary health problems. That is why choosing a responsible breeder from which to purchase your Pomeranian puppy is very important. Responsible Pomeranian breeders will be well educated about the breed and carefully screen their breeding dogs for disorders that can affect these dogs.

Health concerns in the Pomeranian dog breed include, but are not limited to:

Again, a responsible Pomeranian breeder will be well educated about these problems that can occur in the Pomeranian breed. CERF eye test and OFA X-rays (knees/elbows) should have been performed on breeding dogs prior to breeding.

For further reading, here is a very informative web site dedicated to education about health concerns in the Pomeranian dog breed:

Many people are drawn in by the Pomeranian’s adorable little face and mischievous looks, but one should be ask themselves if they are ready for the commitment of owning a dog before rushing out and making any hasty decisions. The Pomeranian, while very cute, can be a handful for an inexperienced dog owner – headstrong, hyper, and quite often independent, they frequently take a great deal of time and patience, in order to train. For those who do make the effort, however, the rewards are plentiful.

If you are ready to add an adorable Pomeranian puppy to your family, check out Dogs and Puppies Central’s directory of Pomeranian Puppies For Sale, where you will find photos and information posted by reputable Pomeranian breeders. We actively screen Pomeranian breeders who wish to advertise on our service by asking that they meet and follow our Guidelines For Responsible Dog Breeders. We also ask – and check – three references from each breeder.

By performing an initial dog breeder screening, it is our hope that we can help put you in touch with a caring, responsible Pomeranian breeder near you. We cannot physically inspect the premises and dogs owned by breeders advertising with us, so you need to be responsible for doing the final inspection and interview.

Let’s stop the cruelty of puppy mills. Please help us keep money out of the hands of puppy mills, back yard breeders and pet stores. Buy your Pomeranian puppy only from a responsible, caring hobby breeder that raises their dogs and puppies in a loving home environment.

When you locate that perfect Pomeranian puppy – please be sure to send us some photos to be included in our growing gallery of Pomeranian dog and puppy pictures!

Share This
Do you need expert help finding a good home for your dog, cat, puppy or kitten? Contact our rehoming coordinator today.
Contact Us Today
Copyright 2022 - All Rights Reserved Pet Adoptions Network
Back To Top