Grug is healthy, fixed, fully vaccinated, house broken and crate trained. He is good with cats, and is looking for a loving home with a large yard for him to play in and a great family to love him unconditionally. Adopt Grug in El Paso today! 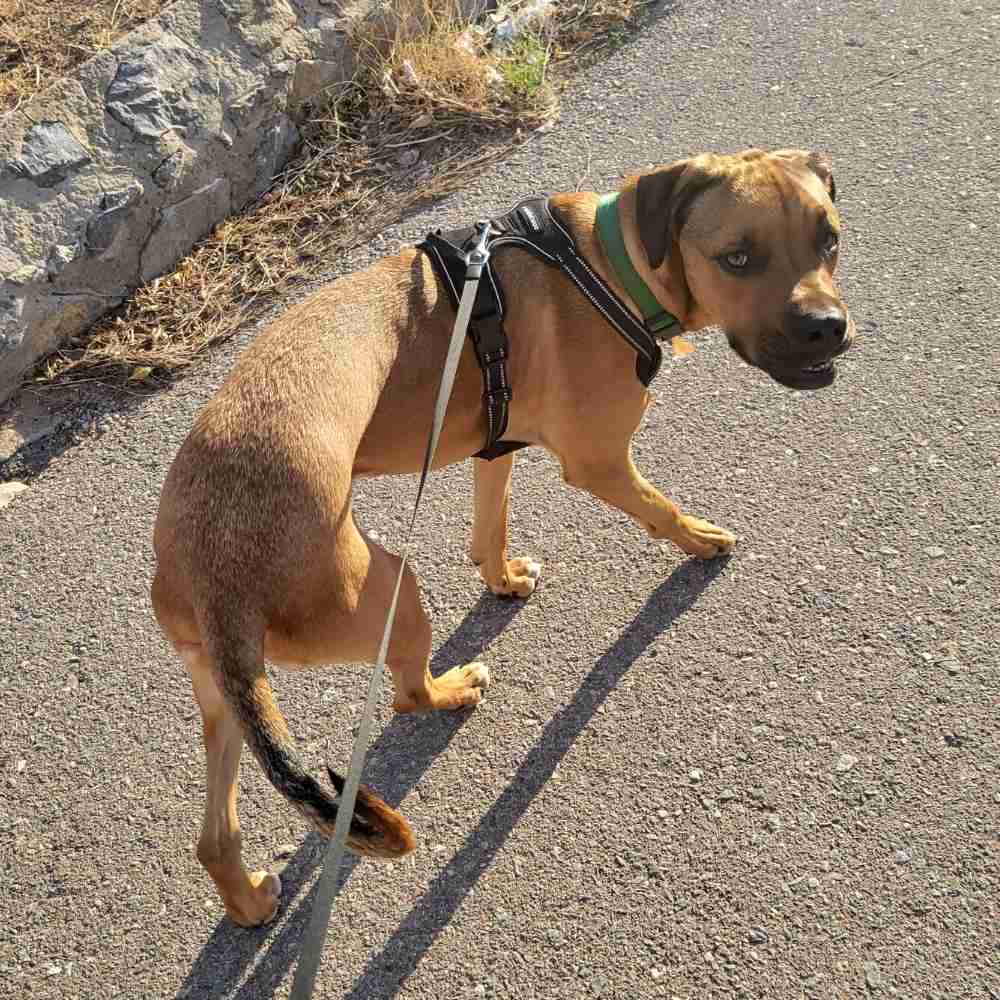 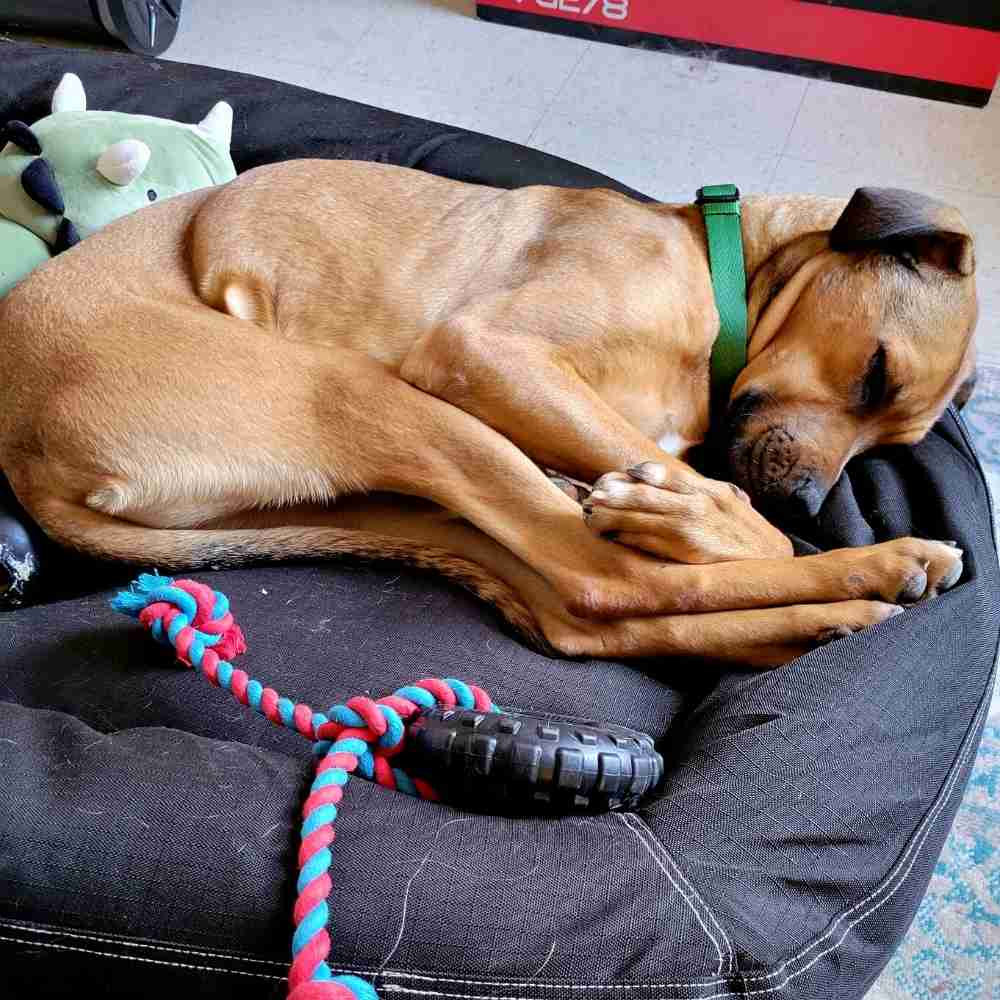 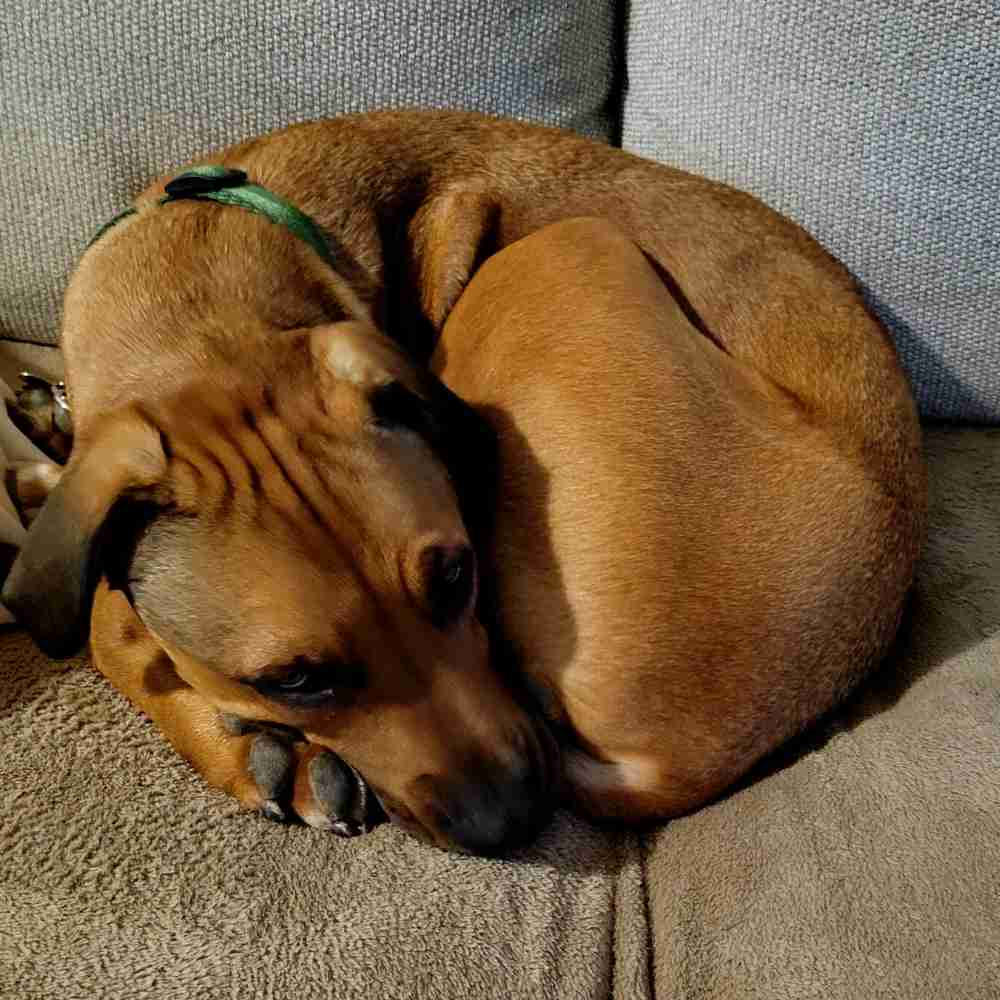 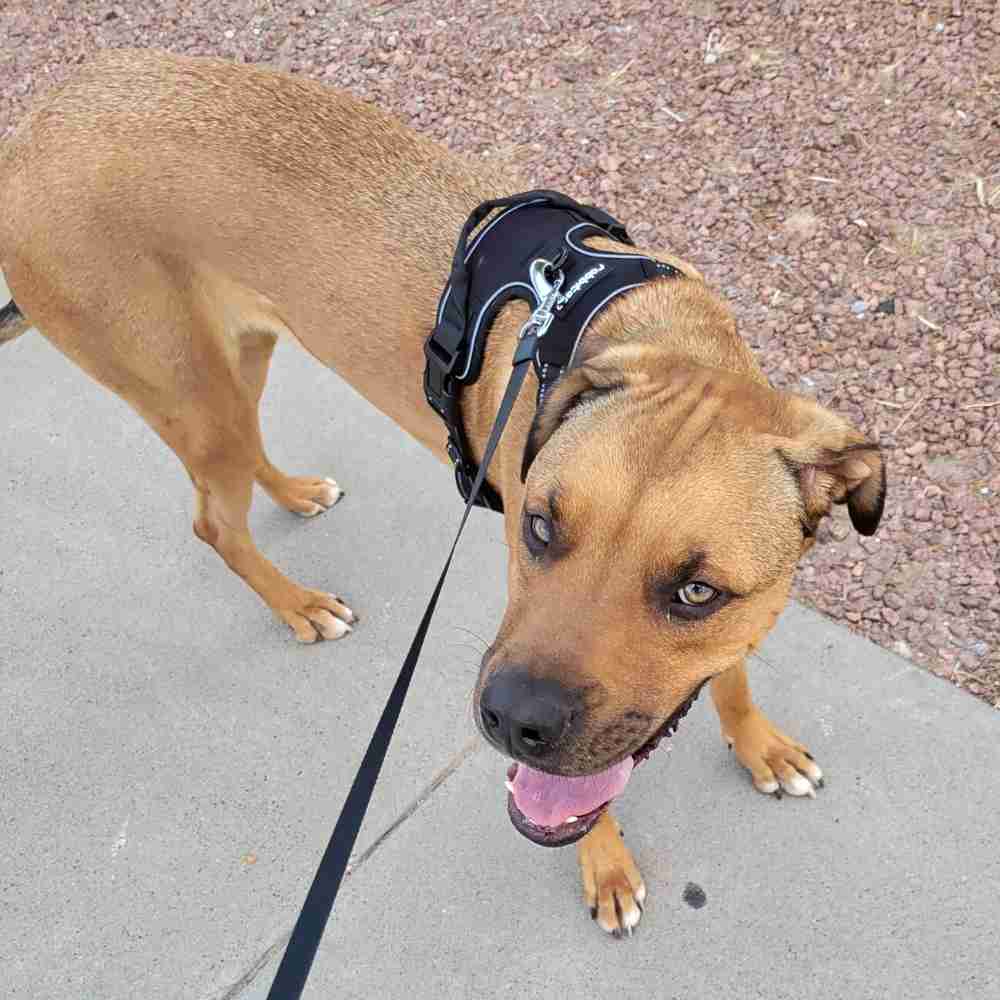 Very curious, sweet, and loves being around his humans. Prefers to be active but he’ll allow his pet owners a lazy day or 2 (as long as they throw his stuffed t-rex a few times.)

1.Easily trained
2. Up for adventures
3. Curls up like a cinnamon roll when he lays down
4. Rarely barks
5. Shoves himself under feet when his people sit down
Honorable mention: lays his head on his people’s arm when he wants attention at work.

Enjoys soft plush toys and his kong. He’ll play with rope toys or tennis balls if that’s all that is available.

We joke that he was a failed bomb-sniffing dog because he sniffed every surface of the house THOROUGHLY upon entering the home.

Why is Grug Being Rehomed?

We unfortunately have a 7 year old cat that also loves being around humans but dislikes the dog. We’d like to let our cat live his twilight years in peace while the dog goes to a loving, active family. We feel he would do well with a dog-friend, but our housing rental agreement only allows 2 pets.

Grug’s Perfect Adoptive Home Will Be:

We’d like a family who is active and will take him on walks throughout the week as well as occasional adventures, but he is content with chasing his toys in the yard and napping if his owners are feeling lazy every once in a while.

He’s playful and not afraid to investigate, which could pose a problem if the new owners have lazy or skittish animals. We adopted him knowing he had an unknown history so we aren’t 100% positive how well he does with dogs. He wags his tail and whines when we pass other dogs on our walks, but he doesn’t lunge or bark.

He’s a Shepherd/unknown mixed breed adopted from the humane society.

He does have mild separation anxiety but he hasn’t had any destructive episodes. He whines at the door for up to 10 minutes then returns to his crate to nap. Walking him before we leave and turning the TV on when we leave seems to calm him down.

We learned that he knows how to sit on command since the day we adopted him from the humane society. He was housetrained and cratetrained within 2 weeks of adopting him, so he appears eager and happy to learn.

We don’t have children so we are unsure how he reacts to children. He is a clumsy and not at all aware of his size, so he would easily bowl a small child over if he’s not being watched.

Grug is located in El Paso, Texas, near the following towns and cities in Texas and New Mexico:

How To Adopt Grug

If you are interested in adopting this special German Shepherd mix Dog for adoption in El Paso, TX, please fill out our online meeting request form below. Once received and reviewed, our staff will ask the pets owner to reach out to you and arrange a meeting.

Contact our El Paso pet rehoming team today. Text “GrugELPASO” to (888) 833-2128 or email [email protected]. We look forward to hearing from you.

About The German Shepherd Breed of  Dog

The German Shepherd or Alsatian is a German breed of working dog of medium to large size. The breed was developed by Max von Stephanitz using various traditional German herding dogs from 1899. It was originally bred as a herding dog, for herding sheep. Wikipedia

Thank you for your interest in this stunning German Shepherd mix Dog for adoption in El Paso.

Other Adoptable Pets in This Location: 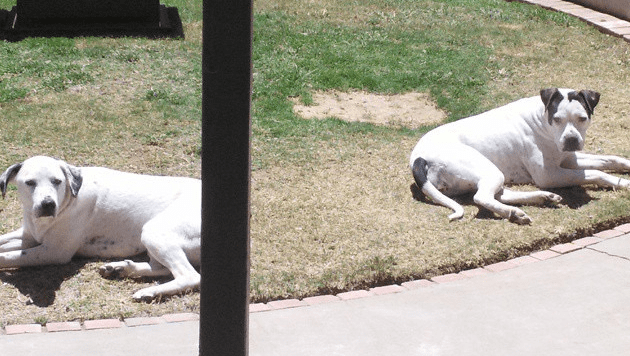 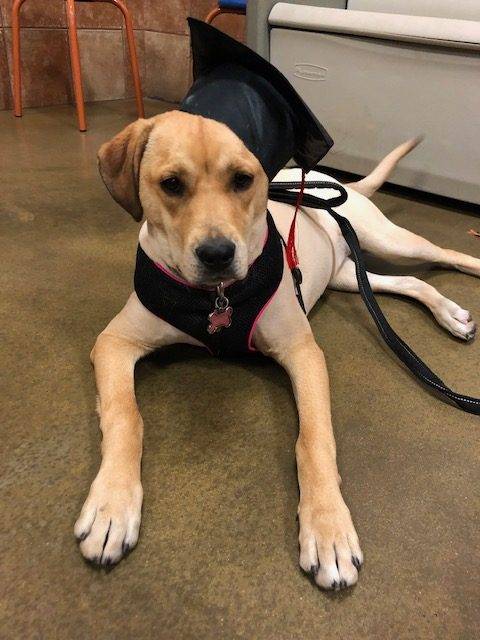