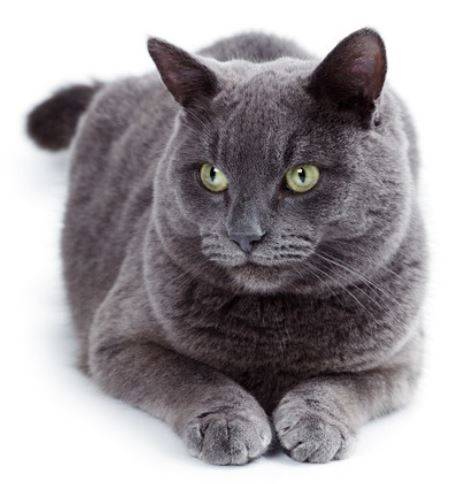 Need to Rehome Your Russian Blue Cat or Kitten?

Is a Russian Blue Cat Right For You?

Russian Blue Care: Regular brushing to maintain a healthy coat; take care not to flatten the coat if exhibiting the cat.

Russian Blue Cat History: The healthy easy to care for Russian Blue is an elegant cat. It’s origination is the northerly regions of Russia and Scandinavia. Different names have been given to this cat; Archangel cat, Foreign Blue, Spanish and Maltese cats.

The only name that really stayed with these cat was the Maltese and it held until the early l900’s. In 1875 a Russian Blue was shown in a class for all blue cats.

In 1912 the cat was separated into a class of its own. After world War II American breeders started crossing the British cats with some Scandinavian strains of cats.

No other cat has a coat like the Russian Blue. The shape of the fingers will hold in the Russian Blue’s coat and they are run through it. He should be hand groomed daily.

The Russian Blue is seen in only one variety, blue. It is preferred that they be in the lighter shades of blue with no other markings. The silver tipping gives him a beautiful, silvery shine.

This is a tame and loving cat who is loyal to his family. He is playful, gets along well with children, and other pets. He is quite smart, will fetch and even open doors.

We find good homes for preloved cats and kittens throughout the USA and Canada. Ph/Text Toll Free: (888) 720-3322 Contact Us / Request Cat Rehoming Services

Do you need expert help finding a good home for your dog, cat, puppy or kitten? Contact our rehoming coordinator today.
Contact Us Today
Copyright 2022 - All Rights Reserved Pet Adoptions Network
Back To Top