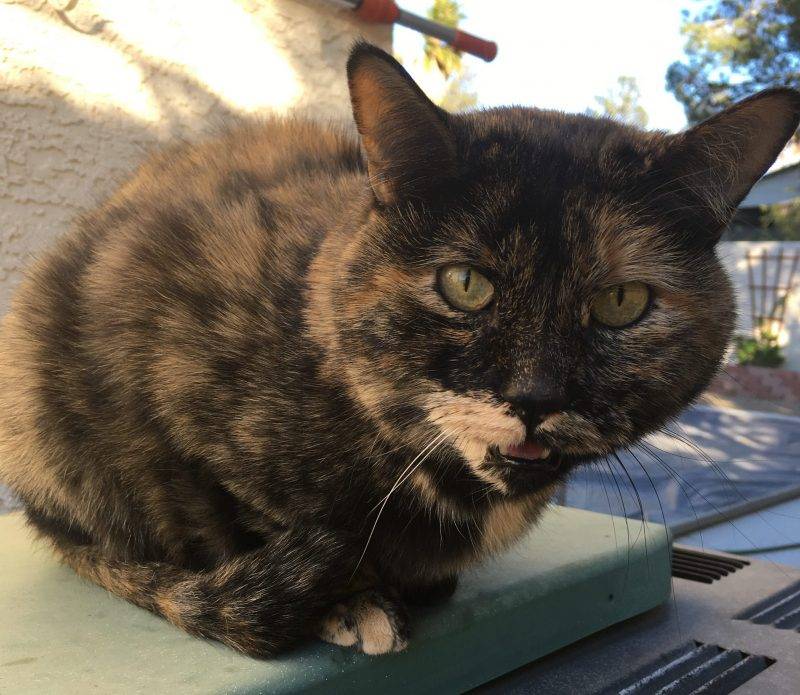 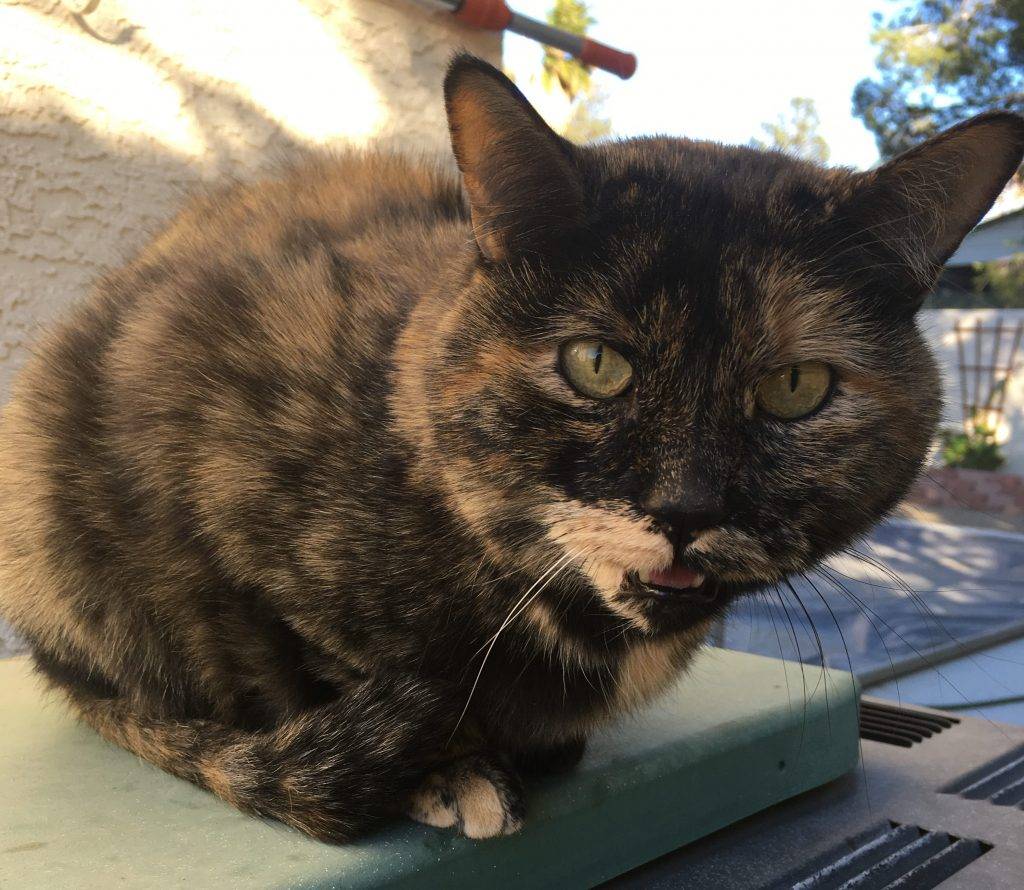 Penny is a 7 year old female Tortoiseshell cat for adoption to a very loving home in or near Las Vegas, Nevada. This very special Cat is 7 and weighs about 10 pounds.

Penny is in good health, and has been spayed and microchipped. She is a clean and well behaved cat; she always uses her litter box – an automatic box that will be coming with her to her new home.

Penny is a love cat. She is a sweet, fluffy bundle of purrs and snuggles. Penny is good with children and cat-friendly dogs. She has not been around other cats, but would likely do well if properly introduced to a cat-friendly feline housemate.

Penny is anything-but an aloof, independent cat. She thrives on being with her humans, and is not content being on her own all the time. She is playful, curious and adds love, joy, laughter and companionship to life.

With her gorgeous, medium length tortoiseshell coat, Penny is one of nature’s designer cats. She has the most amazing eyes; light green and rimmed in black, almost as if she is wearing expertly applied eyeliner. She is a beautiful little cat, both inside and out.

Penny’s owners love her very much. They want what is best for Penny, and they have come to realize that their busy schedules and raising small children leaves them with very little time to devote to Penny.

They are dearly hoping to find Penny a very loving home with cat lovers who will cherish her and keep her safe, happy and healthy. They want to find new owners who can give Penny the time and attention she needs and very much deserves.

If you have been thinking of adopting a Tortie cat, Penny is sure to check all the boxes on your kitty want list. She is one of those pets that leaves furry paw prints on your heart. Adopt this precious cat today.

Questions about Penny?? Contact our Las Vegas cat rehoming team. Text “PENNY” to (888) 833-2128 or email [email protected]. We look forward to hearing from you.

All About Penny – American shorthair Cat For Adoption in Las Vegas

Name of Pet: Penny
Location: , Las Vegas, 89129
Type of Pet: Tortoiseshell Cat
Breed of Pet: Domestic shorthair
Sex of Pet: Female
Age of Pet: 7
Spayed/Neutered?: Yes
Health Problems: No
Behavior Issues: No
Up To Date on Vaccinations: Yes
Gets along with cats: Unknown
Gets along with dogs: Yes
Good with Children?: Yes
House Broken or Litter Trained?: Yes
Crate Trained?:
Accessories Included: An automatic feeder and litter box. Additionally any food that we have left.

Friendly
Loves to cuddle
Playful
Good with children
Not stand-offish

We live in a ranch style home w/ a dog door. She has the ability to choose to be inside or out. She lives in a family with one dog and two children (3.5 and 1.5)

She loves playing with a lazer or feathers. She like all cat treats

I remember when my son was 9 months old I was folding laundry. Penny ad my son were on the bed with me. Floyd was so excited to be with Penny he was rolling on her and grabbing at her. She totally tolerated it bc I think she knew how happy he was.

Why is Penny Being Rehomed?

As our family is growing we do not have time for her. I think she is getting lonely and would love more one on one cuddle time. Additionally my husband’s allergies are getting much worse and it is really not fair to him to keep her.

Penny’s Perfect Adoptive Home Will Be:

How To Adopt Penny

If you are interested in adopting this special American shorthair Tortoiseshell Cat For Adoption in Las Vegas, please fill out our online meeting request below. Once received and reviewed, our staff will ask Penny’s owner to reach out to you and arrange a meeting.

Penny is a Tortoise shell American shorthair Cat for adoption in Las Vegas, near the following towns and cities in Nevada, Utah, Arizona, and California.

Questions about Penny?? Contact our Tortoiseshell cat rehoming team. Text “PENNY” to (888) 833-2128 or email [email protected]. We look forward to hearing from you.